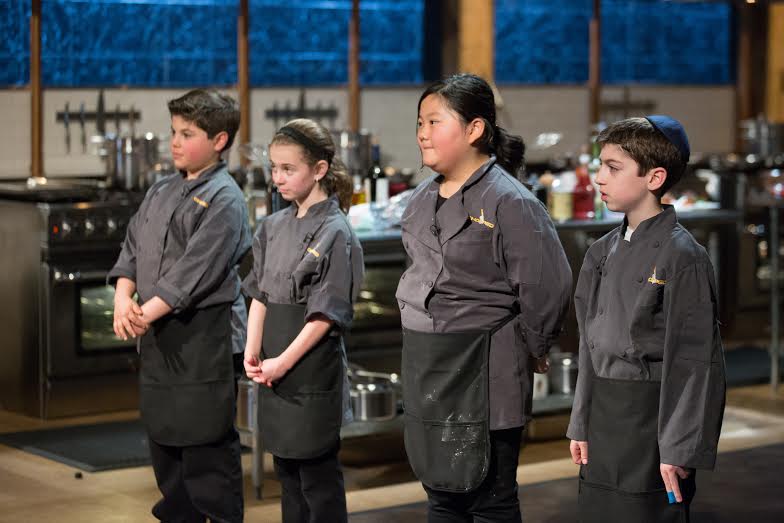 On September 30, 2014, when I was only eleven years old, I appeared on the popular Food Network Show “Chopped”. The production company that produces the show wanted to do a new format and I ended up competing on the first ever kids episode.  This taping was a real trial run to see if they could have kids in the kitchen which eventually led to “Chopped Junior”. I competed against three other awesome kid chefs named, Chris, Lilly, and Mona on an episode called “Short Order Cooks”. Appearing on “Chopped” was a life changing event that turned my passion for cooking into my career at a very young age.

I am sure you are wondering how a normal kid like me ended up competing on one of the most popular cooking shows. It all started when the wife of one of my Dad’s college friends forwarded an email to my mom about a casting call for kids to appear on “Chopped”.   It had been my dream to be on the Food Network ever since I started cooking so I figured I’d give it a try. My mom and I had fun filling out the application which involved answering tons of questions about everything from my personal life to my culinary point of view. After submitting the online form, we went on with life never really thinking anything would happen. We were so wrong! What soon followed were tons of emails back and forth with the casting agency, along with a bunch of phone interviews. The final step of the process was an on-camera interview at the casting agency’s New York offices. When I walked out of the interview I felt really confident that it went well. It was only then that I realized that I might actually be on the Food Network!

After that, things moved really slowly, but eventually, I got an email that I had made it on to the show. After reading the email, I was literally running around my house jumping up and down. Like no joke at all! This meant that my dream was going to become a reality. After that, my whole family and I had to sign non-discloser agreements so we couldn’t tell anyone for months! It was definitely hard considering it was the most exciting news ever!  They had a camera crew come to our house (pictured on the right) and even to my school, to film my bio part for the intro of the show. Filming in my school was crazy because they brought an entire camera crew into my school during the middle of the day.  We quickly filmed some shots during the middle of the period then ran out before all the kids were dismissed from class. Thankfully no one saw us so the secret was kept safe.

A few months after that, came the actual filming of the show. All four of the contestants came to the set the night before filming to just look around and get out some of our nerves. The “Chopped” set is located above Chelsea Market in New York City. After an extensive tour of the kitchen, our car service drove us all back to the hotel for a good night sleep. When I walked on to the set, it literally felt like I had walked inside of my tv. It was just surreal. They even let us take tons of pictures at the cooking stations, in the pantry, and even ones of us sitting on the “Chopping” block, where the judges sit. You can see below some of the awesome pictures my mom took that night!

The next day we woke up bright and early to start filming. I got a huge adrenaline rush as I walked onto the set that morning. It was really happening. My dream of competing on the Food Network was coming true. It was a blast cooking in the “Chopped” kitchen. I was also extremely starstruck when I walked out to my station. Right in front of me were Alex Guarnashelli, Scott Conant, Geoffrey Zakarian, and Ted Allen. I had to try very hard not to freak out too much and act cool. You know just a normal day cooking in front of Food Network stars.

One moment on set that I will forever remember was when we were sitting in the green room, breaking for lunch. Ted Allen walked in and handed me a container of guacamole and chips that he had brought for me from a vegan restaurant in Chelsey Market. He told me that he knew I was kosher and couldn’t eat any of the food they had prepared for us for lunch so he wanted to buy me something I could eat. It was such an amazing act of kindness that I will remember forever!

Eitan Bernath and The Eater Team Up to Share Their Fave Restaurants Across the U.S. with Drew

In the end, I did not win but this episode changed my life forever. Before the episode aired, cooking was just my hobby. Afterwards though, it turned into my career at the age of twelve. I was hired to do cooking demos all over the tri-state area. I was also interviewed on radio shows, for magazines, websites, and newspapers. My family and I figured that it would all die down after a few months but here I am now, 3 years later I have turned it into my full-time (outside of school) career. Since airing, I have taken on weekly food blogging, done cooking demos all over the Tri-State area, recipe development and food photography for major companies, and have been asked to collaborate with many famous and accomplished people in the industry.

Overall, it was an amazing experience that I am so grateful I got to be part of. I look forward to many more great years in this industry. Stay tuned for many more exciting things! Thanks for following along on my crazy journey! 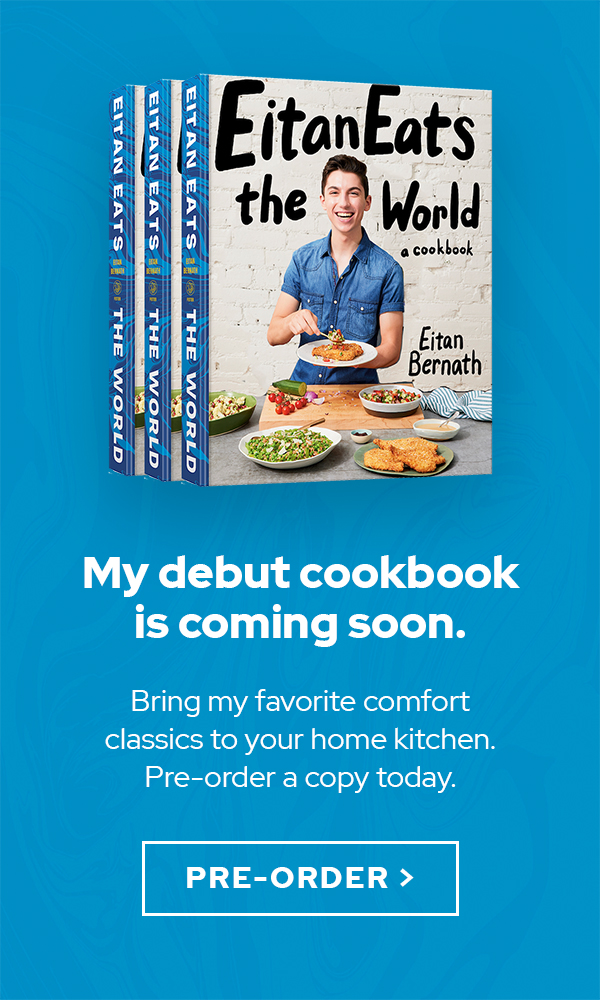 Choppin’ it up with viral cooking phenom Eitan Bernath